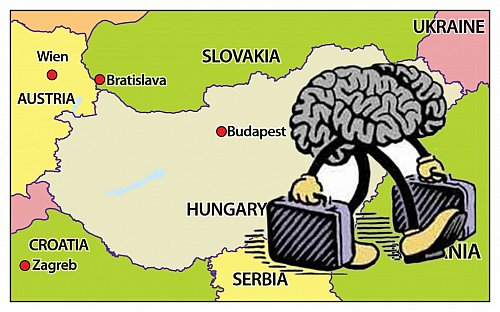 Representatives of Danube Region countries recognize excellence as the basic principle in the EU framework programmes for research and innovation. A well balanced European Research Area is a crucial element of Europe´s competitiveness. In this sense, the representatives of the Danube Region countries support the idea of introducing an additional specific objective in Horizon Europe, namely contribution to inclusive and innovative society by addressing the research and innovation divide continuously increasing within the EU.

An important element to be reflected in Horizon Europe is the prevention of “brain drain” not only from Europe but also within the EU. It is important to support the global competitiveness of Europe along with the balanced scientific and innovation development across Europe. Horizon Europe should significantly contribute to favourable working conditions for researchers, based on the principles of the European Charter for Researchers and the Code of Conduct for the Recruitment of Researchers.

Members of the PA7 steering group are of the view that the present system of remuneration in Horizon 2020 is characterized by significant differences in salaries for the same work of researchers in the different Member States.

This is very demotivating for scientific communities in numerous countries. Fair, simple and flexible remuneration system is crucial in order to increase the participation in the programme and to prevent a brain drain.

We recognize the role of member states, which shall step up their effort to increase the remuneration for researchers working on national projects within national funding schemes. However, for many countries, no short-term solution is available due to the budgetary restraints leaving researchers in an untenable position

PA7 steering group, therefore, calls on the European Commission to set a remuneration policy, which promotes reducing remuneration gaps of participants regardless of the country of origin and the sector.

It is necessary to find adequate solutions for reimbursement of personnel costs so as not to demotivate large groups of researchers.

It would be useful to specify minimum researchers’ hourly rate as an alternative to the present project-based remuneration system. This minimum hourly rate could be based on Marie Sklodowska-Curie Actions rates or similar schemes.

The partner institutions could then decide between minimum hourly rate system and project-based remuneration system.

The proposed system of remuneration will not only have a positive effect on increased participation and tackling the innovation divide in Horizon Europe, but it will also contribute to the further simplification of administrative procedures.

This position paper was approved by Steering Group of PA7 members with exception of Austria and Germany on 23rd November 2018 at its 16th meeting in Belgrade.

The position paper is available here.

Any cookies that may not be particularly necessary for the website to function and is used specifically to collect user personal data via analytics, ads, other embedded contents are termed as non-necessary cookies. It is mandatory to procure user consent prior to running these cookies on your website.